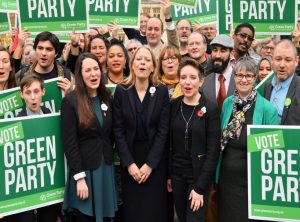 Organisation name: Brighton & Hove Green Party
Organisation location: United Kingdom
Category:
Type of opportunity:
Short summary: Brighton & Hove Green Party is one of the most active branches of the Green Party in England and Wales. Our city is divided into neighbourhoods (electoral wards), which are represented by two or three councillors. With twenty fantastic councillors, we have achieved so much, including; agreeing a strategy to becoming an anti-racist city, keeping rough sleepers housed during the pandemic, and investing in active travel, such as walking and cycling. We’re fighting a bumper set of local elections in 2023, with all seats in the city up for grabs. We will be defending our twenty seats and aiming to secure a majority of Green councillors. Of course, we are also proudly represented by Caroline Lucas, the country’s only Green MP. The Green Party seeks to bring our vision of a sustainable and equitable society to life through electoral politics - ensuring that we are represented by people who share our priorities of achieving climate and social justice. Through volunteering with us, you will experience the inner workings of a political party and implement positive change that genuinely reflects the needs of the residents of Brighton & Hove. You can read our last manifesto from the 2019 local elections on our website.
Description:

The Brighton & Hove Green Party is leading an issue-based campaign which seeks to raise awareness of the widespread practice of illegal and intentional sewage dumping.

The behaviour of Southern Water – the supplier for 4.2 million consumers in Sussex, Kent, Hampshire and the Isle of Wight – marks it out as the worst polluter amongst competitors elsewhere in the country.

Southern Water has been dumping untreated sewage along our beaches. The company argues that this is due to a mismatch between their infrastructure and volumes received. When it rains, water drains into the Victorian sewers where it dilutes the sewage and reaches volumes above and beyond what their treatment facility can handle. If they did not dump the raw sewage the excess fluids would flood the system and we would have sewage coming up out of the sewers.

The Environment Agency has investigated and found evidence that Southern Water has deliberately chosen to dump untreated sewage as this is cheaper than updating their infrastructure. This resulted in the company being fined £90m in July 2021. A catalogue of harmful activity was unearthed in the most extensive investigation by the Environment Agency (EA) to date. (Southern Water dumped raw sewage into sea for years | Pollution | The Guardian).

The enquiry found that between 2010 and 2015, Southern Water knowingly dumped untreated sewage on 10,741 occasions at the 17 sites examined by the EA. 78% of these occurrences were illegal (Guardian, 2021). Treatment works were being deliberately maintained at less than half of their capacity in the interests of maximising profits. The tanks that exist throughout the apparatus were kept full, leaving them to turn septic and contaminate the sea with a venomous potion of sewage and precipitation. This is the probable origin of faecal matter found in shellfish along the south coast, which risked exposing consumers to the potentially fatal norovirus (Guardian, 2021). Similarly, pollution with untreated sewage is introducing E. coli into waters making swimmers and bathers ill (BBC, 2021). All of this paints a bleak picture of what Surfers Against Sewage CEO, Hugh Tagholm, labelled ‘criminal capitalism’.

Southern Water is ‘committed’ to curtailing the recurrence of storm overflows from their combined system, proposing to reduce storm releases by 80% by 2030. We are increasingly seeing this infrastructure activated to tackle routine rainfall, pumping raw sewage into our rivers and seas with a disturbing regularity. That’s why the Green Party has been leading calls for a commitment to zero sewage in our water.

From Parliament to council chambers, Greens are speaking out against Southern Water’s blatant dereliction of duty. In October 2021, Green MP Caroline Lucas criticised the 265 Conservative MPs who voted to cut back an amendment to the Environment Bill which would have given the water companies a legal duty of care not to pollute. Meanwhile, in the House of Lords, Jenny Jones has called out our “toothless” system of environmental enforcement and weak regulatory structures.

In Brighton & Hove, Councillor Elaine Hills proposed a Notice of Motion which asks Southern Water to stop sewage overflows by 2030, invest in sustainable water management locally and explain their plans before council committees and the public. Her counterparts in Lewes Green Party, Councillor Matthew Bird and Green Council Leader Zoe Nicholson, have demanded that Southern Water detail how they will prevent sewage pollution in the River Ouse.

Meanwhile, Councillor Martin Osborne has been appointed chair of The Aquifer Project (TAP), a partnership comprising the South Downs National Park Authority, Southern Water, the Environment Agency and Brighton & Hove City Council. The first priority for TAP is progressing the development of a new system which will counteract polluted runoff from contaminating groundwater in Wild Park, Brighton. The Wild Park Rainscape will encompass a multitude of planted permeable basins that sequester rainfall.

Communities can be supported through investment in sustainable urban drainage systems – known as SuDS. SuDS are designed to mimic the natural interception and diversion of surface water. The term covers a range of environmental measures such as wetlands, green roofs, rain-water harvesting systems and porous asphalt. Two SuDS are planned for Brighton & Hove, and the first is almost complete. This innovative project in the north of the city will provide soft surfaces to intercept water at the midpoint of a ‘flow path’, that is, a long sloping road. This should prevent a surplus of surface water from running downhill, and thus overwhelming drainage systems during intense downpours. In Sweden, SuDS have been crucial to flood prevention, absorbing up to 90% of stormwater in some areas and preventing the need to discharge sewage overflow into the sea.
The essence of the research project is for a student to look into the remedies for urban drainage problems, to inform our campaign. We need to create better drainage and infrastructure to support an increase in water due to climate change and extreme weather conditions.

We would particularly like to quantify the problem and gather some data on the impacts of sewage spills and weather conditions in the area under Southern Water’s care. This includes investigating and listing the impacts of: aquifers under Brighton & Hove drying out, and flooding in the valley by The Level and Hanover. It would be useful to find out if any modelling has been done to see how the weather is expected to change regionally as a result of global warming.

This opportunity is flexible in terms of the time commitment and start date. We have an office in central Brighton, right by the station. We are happy for the student to join us in the office or work remotely.